If you’ve been sitting on the fence waiting for the right moment to jump into the real estate market then NOW is the time. According to experts, prices are heading upward and Home Prices Expected To Rise By Nearly 18% Over The Next Five Years . Every quarter, Pulsenomics surveys a panel of over 100 economists, investment strategists, and housing market analysts regarding their five year expectations for future home prices in the United States. This quarter they predict that the median home price in the United States will increase nearly 18% over the next five years. A large portion of that increase is will take place this year; the experts surveyed predicted a 4.13% jump in 2018 alone.

And it is not only prices that are trending upwards. According to a recent report from Freddie Mac, so are mortgage interest rates. According to the report, interest rates for a 30-year fixed mortgage are expected to jump an entire percentage point by the end of the year (from 3.9% in Q4 of 2017 to 4.9% by Q4 2018).

The Takeaway
If you’ve been thinking about purchasing a home, you’re going to want to make a move sooner rather than later. The longer you wait, the more you’ll pay for your home. 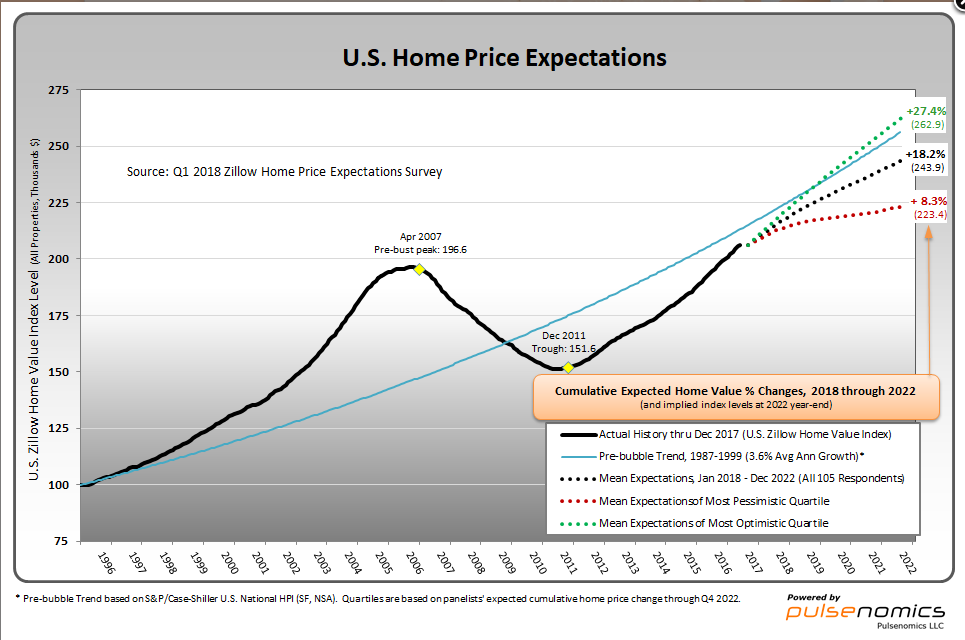